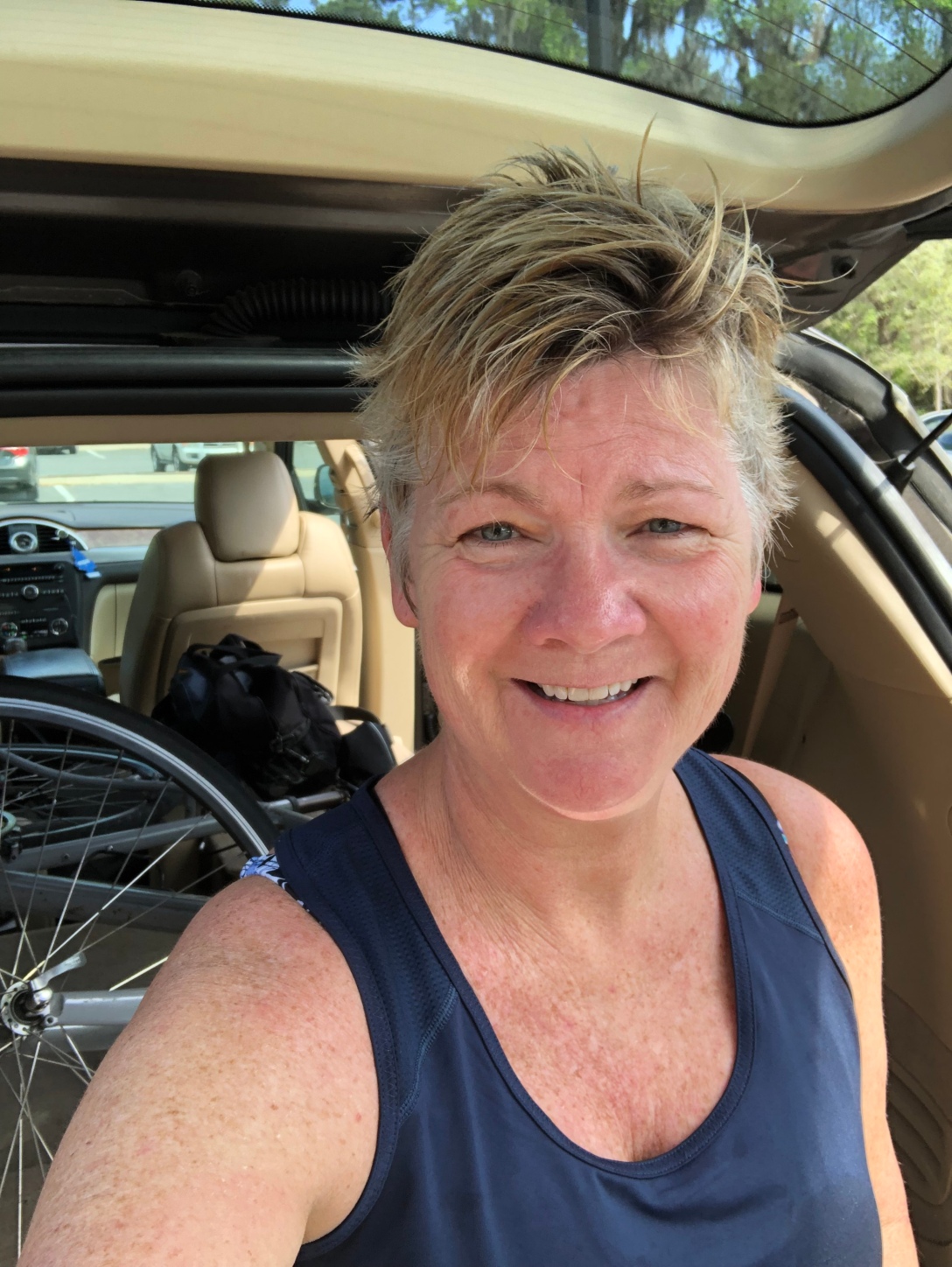 I am signed up for the TriGator Super Sprint that takes place in two weeks. Why? Because I’m crazy as hell apparently. The Super Sprint is a 250 meters swim, a 3.4 mile bike ride, and a 1.1 mile run. Totally doable. I think it will be a good prep for the sprint I am hoping to attempt in June with longer distances. Today was the first time I attempted the swim, bike, and run altogether. Whoa!

I still cannot get the rhythm of that breathing thing during the swim. I can go 12-15 laps (freestyle) with no problem using the swim snorkel but on my own I struggle, a lot. I finished the swim in about ten minutes but had to pause about ten seconds at each end and I also can’t go freestyle alone. I tossed in breast stroke, backstroke, and even side stroke. Whatever it took. It was a very long ten minutes. So frustrating. I’m hoping to get some advice from a swim coach.

Hmmm, pretty pool hair. Next came the bike leg of this experiment that could go horribly wrong. I did learn that the transition from swim to bike is a rocky one when you have to pull on cycle shorts over a wet bathing suit. However, the ride went well, as it usually does. I had forgotten about the hill at the three mile mark but because I’ve been training on a ten mile ride- everything turned out fine. Well sort of. I got back to my car, peeled off the bike shorts and put on running shorts and off I went, for a short distance. Then my legs felt like jello. Ugh, dang it I had to walk for a quarter mile but was able to recoup and finish the run, jogging. Lol!

Even prettier helmet head and run hair! Hey, this isn’t a beauty pageant. Good thing. Okay, that was hard but gave me great insight on the things I need to work on. I really need help on the swim and need to add some distance to my training runs but hopefully I can get it done.

I know nerves will interfere with everything at the event but I’ll have to deal with it and just remember to take it slow.